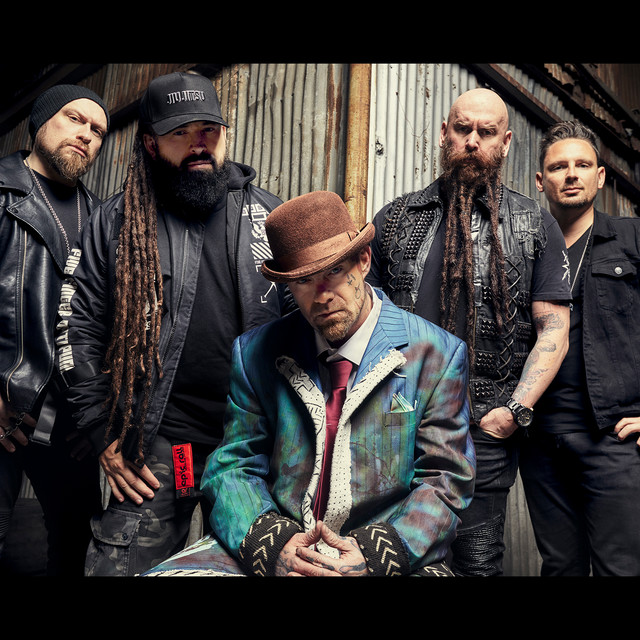 Five Finger Death Punch (5FDP) has been played on our station since it began in 2015. We continue to play classic and new material from the band and its always well received from our listeners.

"Five Finger Death Punch, also abbreviated as 5FDP or FFDP, is an American heavy metal band from Las Vegas, Nevada, formed in 2005. The band originally consisted of vocalist Ivan Moody, rhythm guitarist Zoltan Bathory, lead guitarist Caleb Andrew Bingham, bassist Matt Snell, and drummer Jeremy Spencer. Bingham was replaced by guitarist Darrell Roberts in 2006, who was then replaced by Jason Hook in 2009. Bassist Matt Snell departed from the band in 2010, and was replaced by Chris Kael in 2011. Spencer then departed the band in 2018 due to recurring back issues, and was replaced by Charlie Engen, making rhythm guitarist Bathory the only remaining founding member of the band. In October 2020, British guitarist Andy James became the band's lead guitarist, replacing Jason Hook."