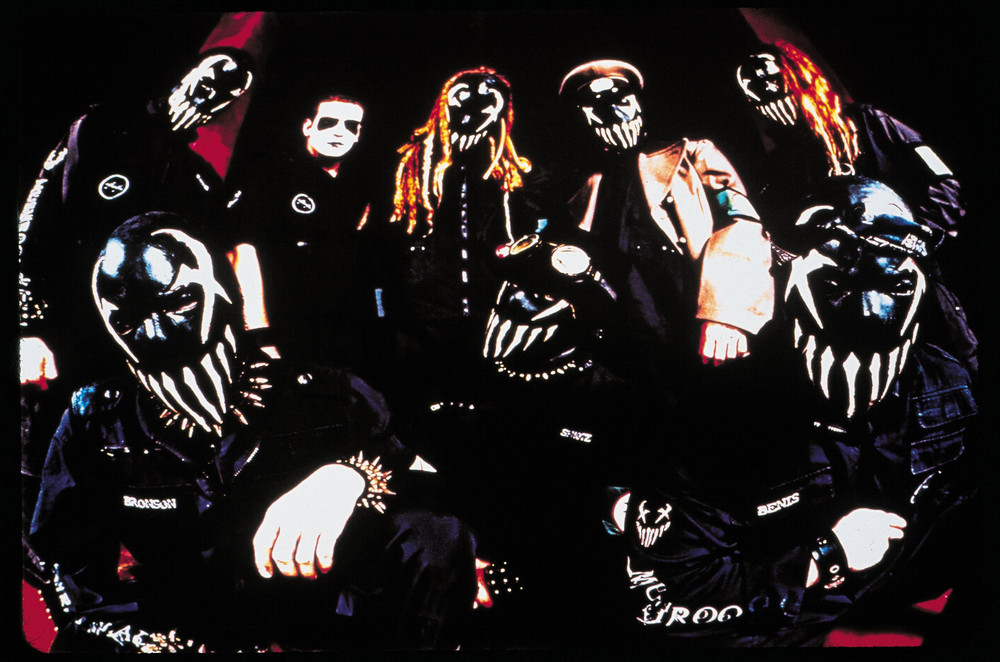 Arguably the "original" masked metal band from the 1990's (see news below). We like Mushroomhead and Slipknot equally and play quite a few tracks from each. In fact, Mushroomhead's track "The Heresy" is ranked #1 by popular votes right here on Fusion109. Many of our listeners certainly are fans of the Mushroomhead brand.

Mushroomhead is an American heavy metal band from Cleveland, Ohio. Formed in 1993 in the Cleveland Warehouse District, the band is known for their avant-garde sound which includes influence from metal, art rock and electro-industrial and their imagery which features masks and costumes as well as their unique live shows usually performed at smaller venues.

Mushroomhead has sold over two million media units worldwide, and has released eight full-length albums and 15 music videos. Over their lifetime, Mushroomhead has gone through many changes in band lineups, with drummer Steve Felton being the only consistent member.

(excerpt from Metal Injection)
The Mushroomhead vs. Slipknot feud all started at a Slipknot show in Cleveland, OH in 1999. The legend is that Mushroomhead fans began throwing stuff at Slipknot during their show, which then led to Slipknot fighting the crowd. In recent years, then-Mushroomhead-vocalist Waylon Reavis admitted Slipknot rules, and Slipknot vocalist Corey Taylor even suggested a tour with the band in 2014. Basically, nobody cares anymore. Including Mushroomhead drummer Steve "Skinny" Felton.